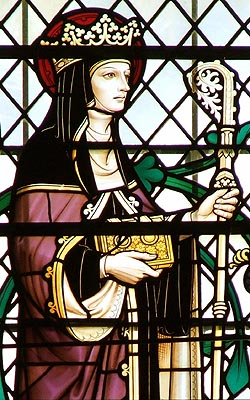 It’s with huge anticipation that the musicians of St Hilda’s College and I are looking forward to giving the first performance of a new cantata at the University Church on 18 February. Commissioned by the St Hilda’s Association of Senior Members, St Hilda of Whitby is written by poet Wendy Cope and composer Nicola Lefanu – two distinguished former members of college – and will be performed as part of the 125th anniversary celebrations of the founding of St Hilda’s College.

The Choir and Orchestra of St Hilda’s College, Oxford
Conducted by Jonathan Williams